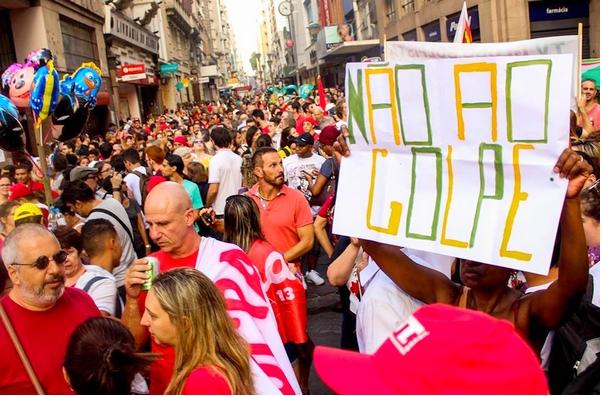 Change in public opinion could influence decision in the Senate, says consultancy

Despite the “probable” approval of the impeachment by the Senate, this is not guaranteed and could be influenced by a possible change in the degree of support from public opinion  for the exit of Dilma Rousseff as a result of the current process. The assessment is in the most recent bulletin from the Eurasia Group, one of the consultancies that attempts to translate for their clients from various parts of the world the political and economic crisis faced by Brazil.

“The government has obtained gains in the battle for public opinion against impeachment. (…) As long as all eyes are looking at the negotiations in Congress, public opinion may play an important role”, says the note.

Citing the results of the Datafolha poll, the consultancy also suggests that the support for impeachment may continue to fall.

“If the Planalto Palace and the Worker’s Party are able to continue to ‘hammer’ home the message that the impeachment is not legitimate, focusing on the leaders of the PMDB party, such as the Leader of the Lower House, Eduardo Cunha, support for impeachment, now at 61%, may fall”, says the note, forecasting a fall in this support to below 60%.

Besides this, “developments in Lava Jato operation threaten to involve the leadership of the PMDB. If the PMDB is affected by allegations of corruption in the next three weeks, this may reduce support for impeachment even further”, the consultancy forecasts.

The three politicians in the line of succession for the Presidency are from the PMDB. The Vice-President,  Michel Temer, the Leader of the House, Eduardo Cunha and the leader in the Senate, Renan Calheiros, are important leaders in the party that left the government coalition and voted en mass in favour of the impeachment.

Opinion polls have shown a fall in the support for the current impeachment process, led in Congress by Cunha and focused on the so called fiscal pedalling. According to research published by Datafolha on April 10, from March to April the percentage of interviewees in favour of the removal of Dilma Rousseff fell from 68% to 61%. The rejection of Michel Temer is also reflected in the recent opinion polls which puts support for impeachment of the Vice-President at 58%.

“This suggests that the efforts of the government are working, challenging the merits of the petition for impeachment based on the accounting manoeuvres. The regional differences are also becoming more intense. Whereas in the south and south-east support for impeachment is at 66%, in the north-east it is only at 48%, with 46% against impeachment”, says the note citing Datafolha.