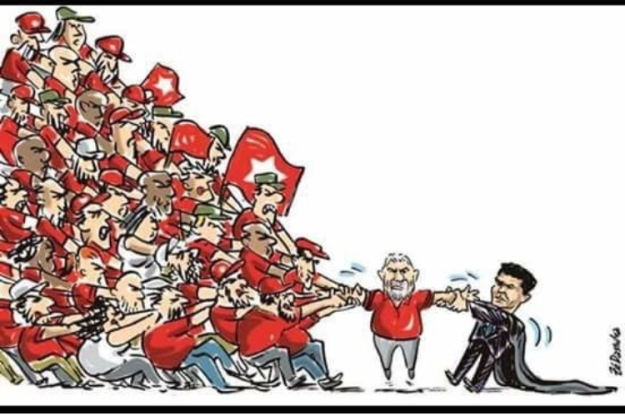 Yesterday, Sunday, the desembargador Rogério Favreto, on weekend duty, issued a Habeas Corpus order. This is normal and happens all the time, but this time the HC was for ex-President Lula. Normally, HC must be accepted and executed immediately – appeals may be made afterwards by attorneys, who can revert the HC in due time. However, since it was about Lula, federal judge Moro (who is at the first “instancia” – the lowest and well below Rogerio Favreto), refused to accept the HC. Note that Moro was on holidays in Portugal, and he ordered, by phone, that Lula should not be released. Since his rank was below that of a desembargador, Moro also called another desembargador, João Gebran, his friend, who issued an order to counter the HC done by his colleague. BUT, Joao Gebran was also on holidays, i.e. could not possibly issue any judicial orders. Still, his order, illegal as it was, was accepted and Lula remained in prison.

This all just goes to show how illegal the whole process is, and how clear it is that Lula is a political prisoner. He heads all lists for intention of vote, and he is being kept in prison (in a process that has NO PROOF against him) to avoid him getting elected.